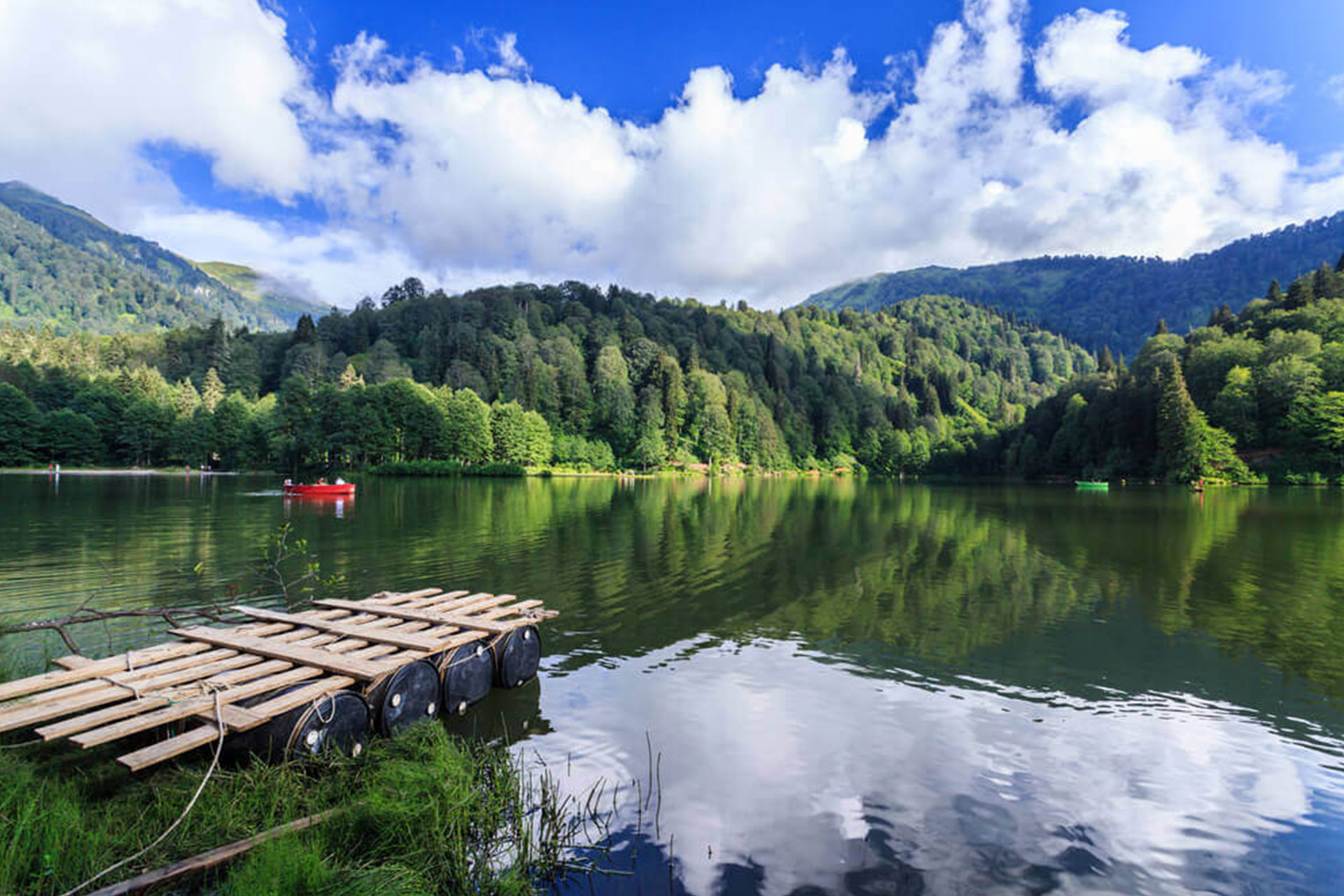 The Eastern Black Sea region of Turkey is full of surprises, and one of the most fascinating and least well-known areas is that stretching from the Yalnizcam Mountains to the borders of Georgia, via the towns of Ardanuc and Savsat, Lake Karagol and the mountain of Cin Dagi. We made our journey of discovery by motorbike, starting at the city of Artvin. From here we travelled south into the Berta Valley, through whose depths the Coruh River flows. After following the course of the river to the northeast, we turned off along the road beside the Bulanik River towards Ardanuc. This road runs along the spectacular Cehennem Bogazi (Hell’s Throat) Gorge, which splits its way through the mountain of Cadir Dagi. Here, to our right, we espied Ferhatli Castle perched on a steep hillside as if carved from the living rock. This stretch of road beside the Kopruler River, in the shade of the towering rocky sides of the gorge, brought us to Ardanuc, which around 1000 AD was capital to the Georgian Kingdom of Klarjeti.

Today, however, it is just a quiet provincial town, where we stopped to enjoy the town’s famous cag kebab cooked over a wood fire. We next took the steep road up to the village of Bulanik to see the Georgian Church of Yeni Rabat. A track leads to the church, which is situated three kilometres beyond the village, in a remote and quiet valley. Then we retraced our steps back to the Berta Valley, leaving Ardanuc Castle on a spur of Gecit Hill behind. Continuing up the deep valley which slices like a knife through the brown hills, we emerged into a completely different green landscape. When we arrived at Sogutlu Castle about 40 kilometres further on, the houses of Savsat could be seen on the lower slopes of the Yalnizcam Mountains. The road climbed in a series of hairpin bends to the town, which nestles in greenery in typical Black Sea fashion. Beyond the town the road continues to climb up to Cam Pass at an altitude of 2640 metres. High above the town we pulled up to watch the breathtaking view over Savsat below and the Karcal Mountains in the distance.

This area is home to Turkey’s largest spruce forests, interspersed with numerous other trees, such as chestnut, fir, beech, oak, walnut, Scots pine, and other species which we did not recognise. When we returned to Sogutlu Castle, we turned off the Artvin road and headed eastwards. After a climb of six kilometres along the banks of the Kaleboyu River, we came first to the village of Ciritduzu and then to the spectacularly beautiful village of Cevizli, overlooking the Tibeti Valley. Here the large two-storey houses are made of chestnut wood and look almost as if they were painted red. The ground storeys consist of stables, with the living quarters above. The windows and balconies are intricately carved, and flowers overflow from the balcony railings. In the shade of two ancient walnut trees we discovered the ruined shell of a Georgian church.

But it was time to go again, and leaving the church to its one thousand-year-old thoughts we set off.

To reach Karagol we had to return to Ciritduzu and turn off to the east. As far as Velikoy the road is good, but as we proceeded into the mountains it became narrower and steeper. After climbing for half an hour Karagol Lake appeared before us, nestling deep in spruce forest. Here we stayed in the guest house, and the following morning at dawn took the track from the lakeside into the forest, whose canopy formed an umbrella over the rough track. As we curved uphill we came out of the woods and in sight of Asagi Kisla Yayla, a mountain pasture where the zinc roofs of the wooden huts glinted in the morning sun. Above the pasture the treeless higher slopes of the mountain were bare.

The track had now deteriorated into sharp stones, and it was hard work negotiating the obstacles. Just as we were wondering whether to give up, we arrived at the top of a rocky cliff and stopped in astonishment. Before us were the houses of another mountain pasture, Fayatli Yayla, their chimneys smoking, and beyond these the summit of the 2957 metre Cin Dagi soaring up at least 500 metres above us. To our right green forest plunged down a precipice and swept in a series of hills to a horizon swathed in mist. Karagol was just a dark dot far in the depths of the valley. 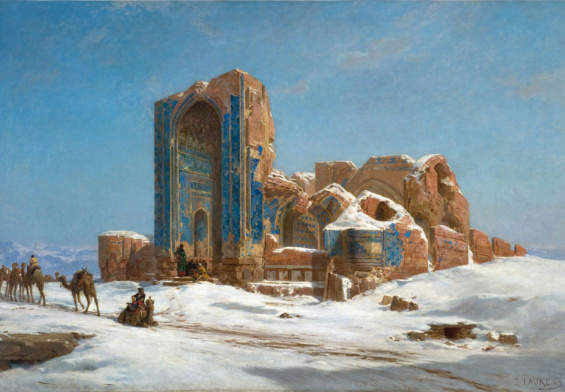 In the Footsteps of Jules Laurens 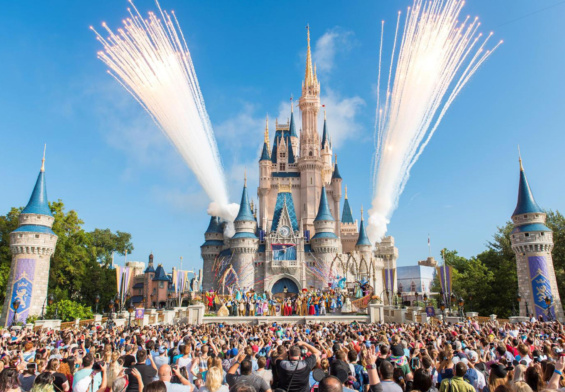 Journey into the World of Fairytale: Disneyland