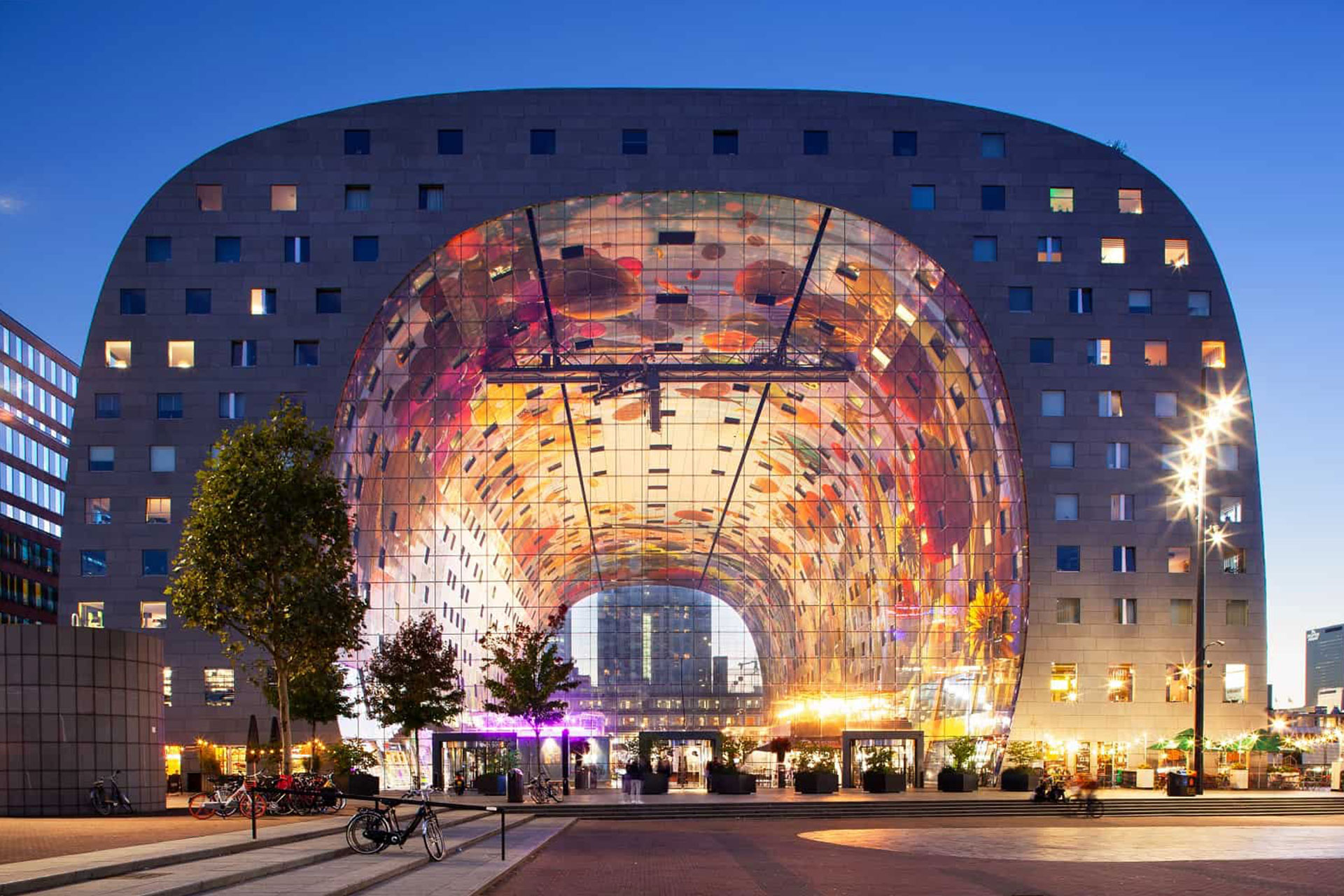 In Italo Calvino’s book Invisible Cities, Marco Polo tells Kubilay Khan about the cities he has visited. In these narratives the famous traveler mingles his observations with fantasies, coloring real lives and places with dreams. The mundane blends with anonymous desires, images with sounds, and sounds with scents. In this way the tales told by Marco Polo not only form clear images concerning those ‘invisible’ cities but render them more mysterious. Finally, it emerges that the traveler has been inspired by images of a single city in all these tales.

Together with the Portuguese city of Porto, Rotterdam was proclaimed Europe’s Cultural Capital of 2001. Just like Calvino’s mysterious city, Rotterdam has represented a multiplicity of urban images over the past year. All conceivable elements of urban cultural life, from music to cinema, theatre to dance, and street entertainment to exhibitions, have been brought together here.

Among the countless events over the twelve months was a show based on Calvino’s book. Entitled The City, this spectacular performance was a fusion of acrobatics, dancing, music, shadow play, and many other arts. With each month bringing a fresh pageant of events, Rotterdam brought to life a thousand and one city stories, so to speak, over the year. There were events for children, watersports, lectures, training courses, and myriad other events ranging from literature to photography and modern media. But naturally, it was the music and dance events that took center stage and contributed most to the festive atmosphere.
It would be hard to find a city as appropriate as Rotterdam for the setting of such a festival. Both its history and a modern social and urban structure characterized by ethnic and cultural diversity (the Netherlands’ largest Turkish population lives here, for example), make Rotterdam one of the few cities where that controversial concept, ‘European identity’, goes more than skin deep.

For the same reason, this cultural firework that drew European eyes in 2001 is not so different in other ordinary years. Culture is a permanent gene in Rotterdam’s urban DNA.

This is Europe’s most important trans-Atlantic port and the world’s largest port in terms of size and annual shipping volume. In the past, this was the place where Europeans in search of a new future took ship for America. Thousands of people pursuing their dreams of a new life in the New World traveled on the Dutch American Line, whose former building is now a famous hotel, New York. A plaque here commemorates the build’s past.

Its location in Europe has had its downside as well as an upside for Rotterdam, which has suffered its share of destruction as well as prosperity. It is one of the cities which suffered most tragically in the Second World War.

On 14 May 1940, the city center was bombed to rubble in air raids that left nearly a thousand people dead. After being nearly wiped off the map altogether, Rotterdam somehow found the energy to start from scratch and made a rapid comeback. Opening its arms to architectural innovation, the city took new shape from head to toe, becoming one of the principal centers of modern architecture in Europe. Perhaps for this reason, as you wander around the city you sometimes feel as if you are on a gigantic film set. From the first sights you encounter in the city center (Schouwburg Square, for example, with its spotlights resembling robots and steel platform stretching from end to end, looking as new as if it were constructed yesterday) this sensation is heightened with every passing day.

Although the architecture is certainly one source of this impression, it may well also be because Rotterdam is indeed a ‘city of cinema’, home for one thing to an international film festival that is one of Europe’s foremost cinematic events at the end of January every year.

The city is a lodestone for architectural students, who come to see the cubic houses designed by Piet Blom, the Erasmus Bridge completed in 1996, and the many other striking buildings you encounter at every step. Erasmus was the humanist Renaissance thinker after whom the city’s most important university is named, and who, needless to say, came from Rotterdam. He was celebrated in a series of events entitled Erasmus 2001 dedicated to his life and work.

A thousand reasons can be found to visit Rotterdam, which at the beginning of February was further enlivened by a spectacular royal wedding, and which is just 30 minutes by train from Amsterdam. If Calvino’s Marco Polo had been here, who knows what more fascinating stories he could have told Kubilay Khan!